I have had a complicated relationship with chickadees.

It all started years ago when they freaked me out by flying right by my head. This was completely unnerving after watching every other living creature scatter at the sight of my shadow.

I thot I must be too close to a nest and they were dive-bombing me. When moving around didn’t change anything, I figured out they were just being friendly.

Once we resolved that issue, I had to get over the fact they would regularly mock me by landing on my long lens while I was trying to take their photos. I even have a photo. Lessons in humility are even more powerful when coming from the smallest creatures. 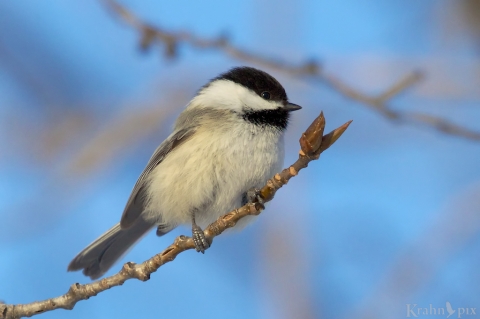 Chickadees have become regular escorts when I head to a local lake, but I noticed that I didn’t have a nice photo of them. I have often tried, but I always know I can catch them another day. Besides, they are small and ridiculously fidgety. If chickadee psychiatrists ever start subscribing Ritalin, I’m buying shares in whoever sells it!

I generally have about 0.8 second to find, focus and photograph a bird that is smaller than many branches it’s flying around. In addition, it has white and black feathers that usually stretch the limits of normal exposure. However, it’s entirely possible these are just my issues.

The other day the light was nice and the predators were all playing hard to get. As usual, my chickadee friends showed up to play. This quickly drove me a bit batty since I always seemed to be one branch behind while following them with my lens. But then something different happened – I was pretty sure I got a reasonable photo!

I have often said I’d rather be lucky than good – it sounds easier. I certainly felt lucky that day despite a memory card loaded with fuzzy branches. But it occurred to me that all those hours of practice, learning photography and being there at the right time of day were still a factor. In order to get those lucky shots, I needed to be good enough in order for luck to make any difference. Good grief, the chickadees are still teaching me about wildlife photography!

When will I ever graduate from chickadee school? 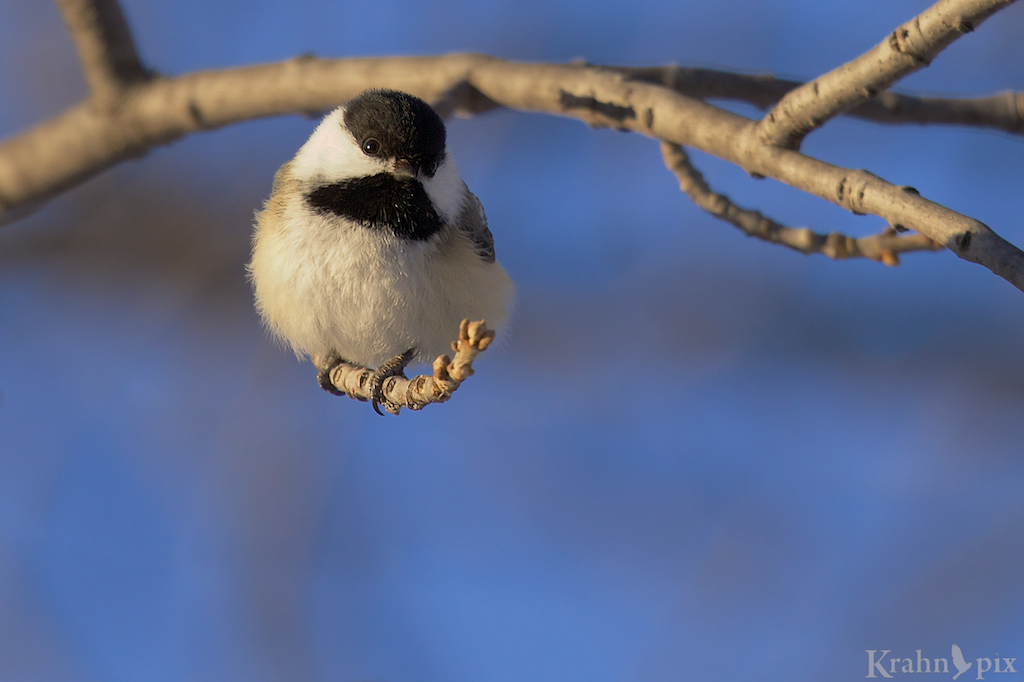 I'm a self-declared cartoonist who can't draw. Just trying to create one smile at a time.