Hope, sausage and photos have a few things in common. You never know exactly how they are going to turn out and the process is a little messy and unpredictable. At least for me.

Today I’d like to pull back the curtain and show how sausage … err one photo … came to be.

It started with the hope of finding wildlife one hot summer day. After three hours of driving in prime territory, I hadn’t found a hawk or anything of consequence.

Fortunately I had a snack to provide some distract for my searching eyes. I decided to take the long way home and casually looked at the abandoned barns in case a great horned owl was sitting in a loft window. And there it was! Wow.

I drove up the grid road beside the barn and stopped in an opening between trees. The owl was quite far off even for my long lens but this was going to have to do. I stuck my camera out the window, located the owl and fired off a few shots before it flew off.

In addition to being far away, the owl was in the shade with a bright sun shining behind it. Later that evening both challenges were evident in the RAW image below. (For my philosophy on digital manipulation, check out Are My Photos Real?)

Unfortunately the best-looking part of the photo was the cedar-shingled roof! It was time to get to work to see if this photo could be saved. I started by doing all the normal adjustments such as levels, saturation and colour temperature. This helped the owl look better but I was still left with that ugly white sky, a distracting roof and a tiny owl.

I was going to have to do some serious cropping but first I needed to darken the roof so I could balance things off.

As you can see above, I darkened just enough to cover the area I would be using in the final image. Here it looks like an oil spill.

But now I had a levelling problem. Since I was taking the photo at an angle, either the window or boards could be level but not both. After trying various options I settled on making the window frame right beside the owl level and let all the other angles fall where they may. This seemed to work since the owl appeared to be leaning into it.

So I cropped it and added some contrast from another program. 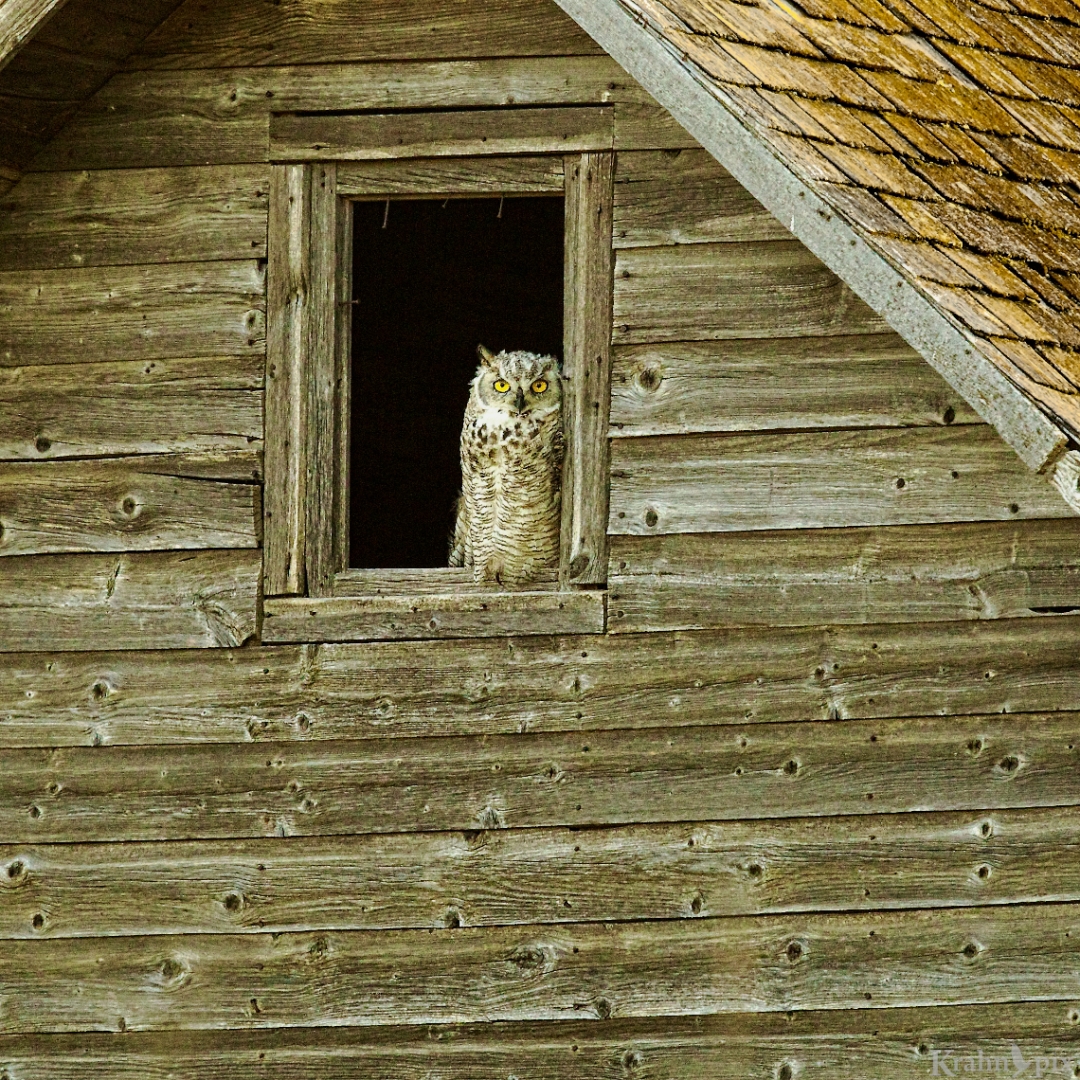 The photo above seemed close but there were two problems. First, the contrast was too much, especially on the shingles but also a little on the boards. It looked too crunchy for my taste. Second, the board in the top left corner was a little distracting for me.

After making those changes, I ended up with the photo below. 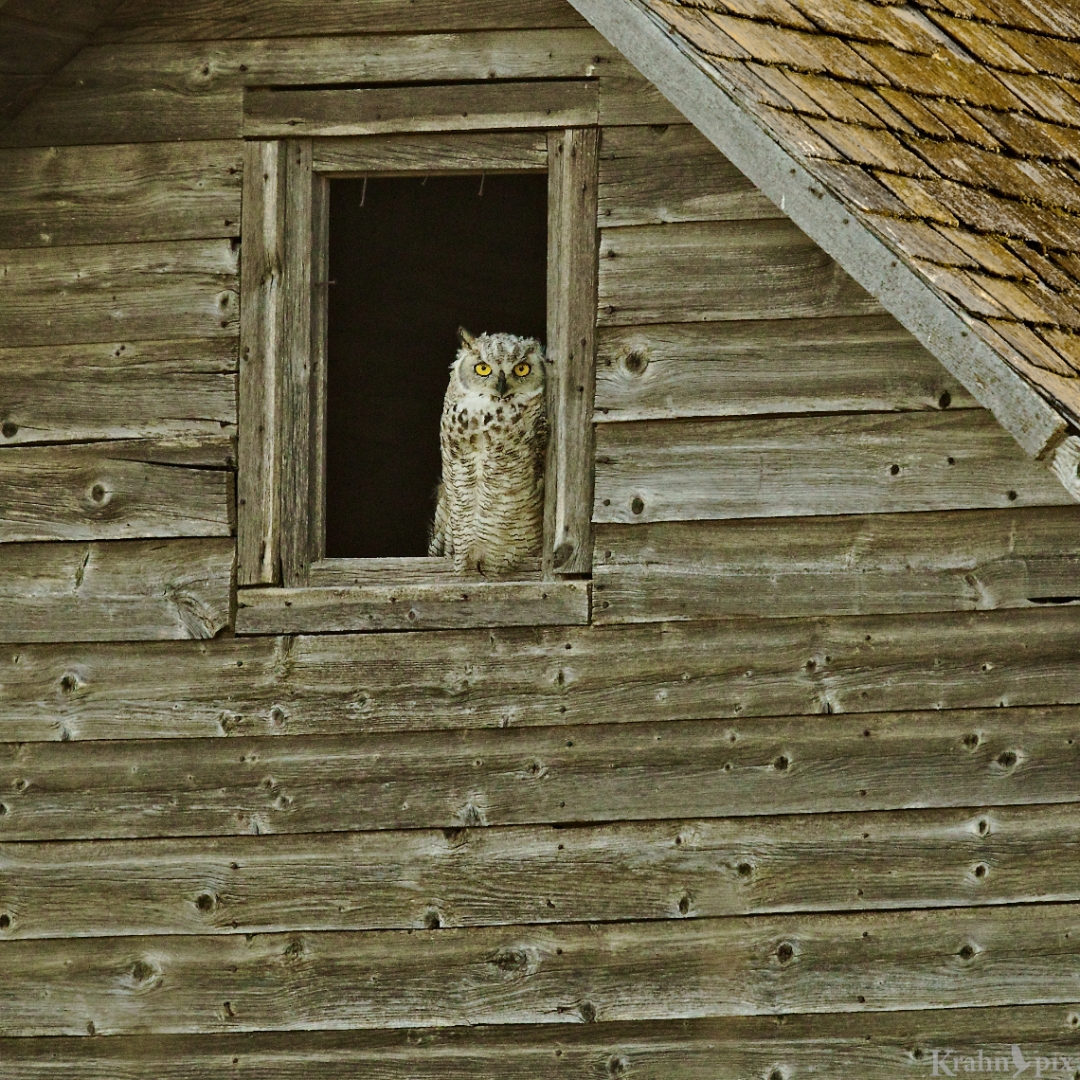 I’m still not sure about the somewhat-distracting point where the facia boards connect on the far right side of the photo in the middle. However, it helps to balance the dark window.

There’s a little background on my thots and the process of making this photo. It’s entirely possible I bored everyone left reading at this point.

But then I never promised finding hope or making sausage and photos was exciting!

For the more technically minded: