This blog has gone to the bears. After a week in the Rockies in early June, my computer is literally bursting with bear photos that need somewhere to go. So here’s another bear post!

On June 7, I described finding an orphaned grizzly cub that had made it through the winter. One of the bear’s challenges this spring was an unfortunate encounter with a porcupine that earned him the nickname Quill. I like the idea of a bear with a name.

Two days after my first sighting, I was thrilled to see Quill again and pleased to see that he was using that injured front paw a lot more. Hopefully it was getting better. It was so much fun to watch him eat, move around and take a break.

Just when I thought my excitement had peaked, the little guy stood on his hind legs for a few seconds. I fired off some shots and desperately hoped they turned out. Despite the low light and annoyingly steady rain, I captured the moment. The goal of our trip to the Rockies was to see bears and get some good photos but I never even dreamed of this.

The photos below are my best shots of Quill – my favourite grizzly. I hope you enjoy them.

After posting three bear blogs, I figure that I have at least three more left. Rather than spill them all out in a row, I’ll space them out in the coming weeks. However, I will tell you there’s still some good ones left. Stay tuned. 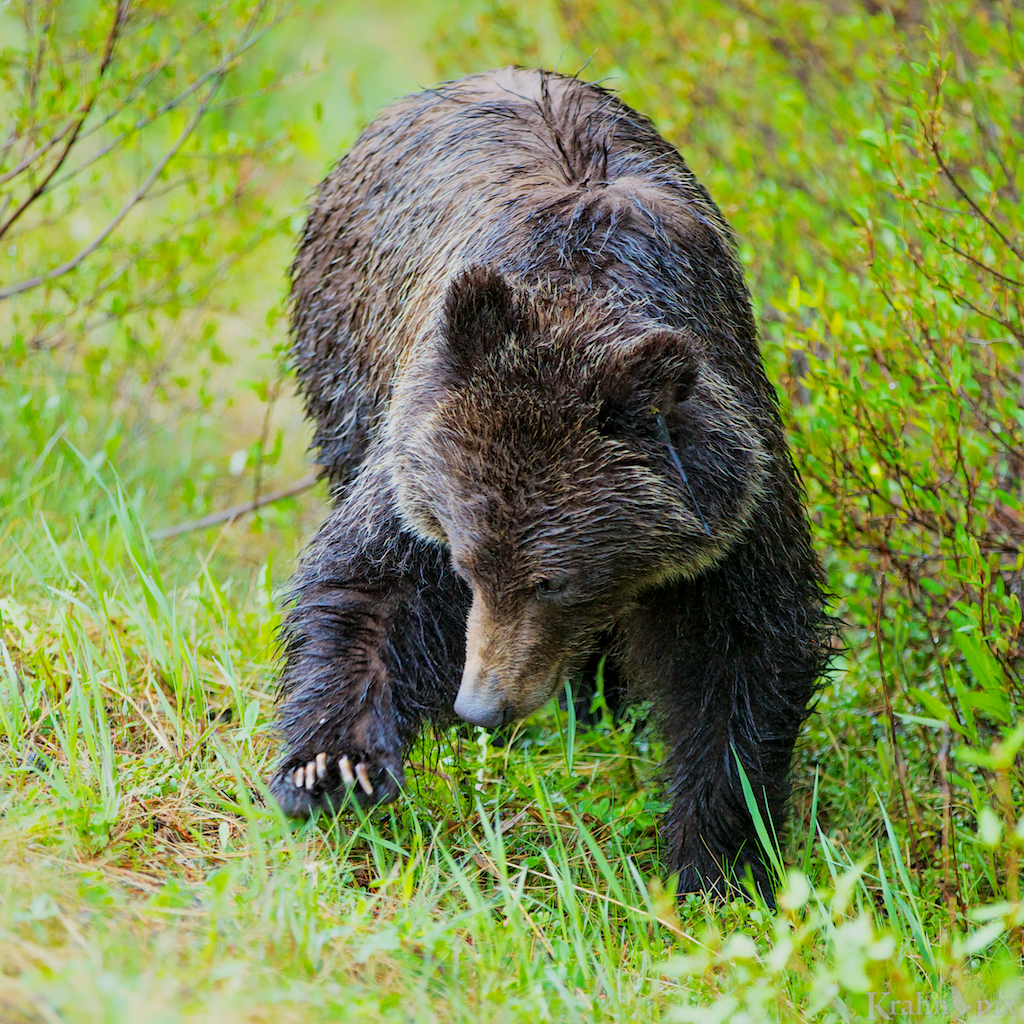 Though still quite young, Quill has a full set of claws that will only get larger.
The tracking device is clearly visible in his left ear. 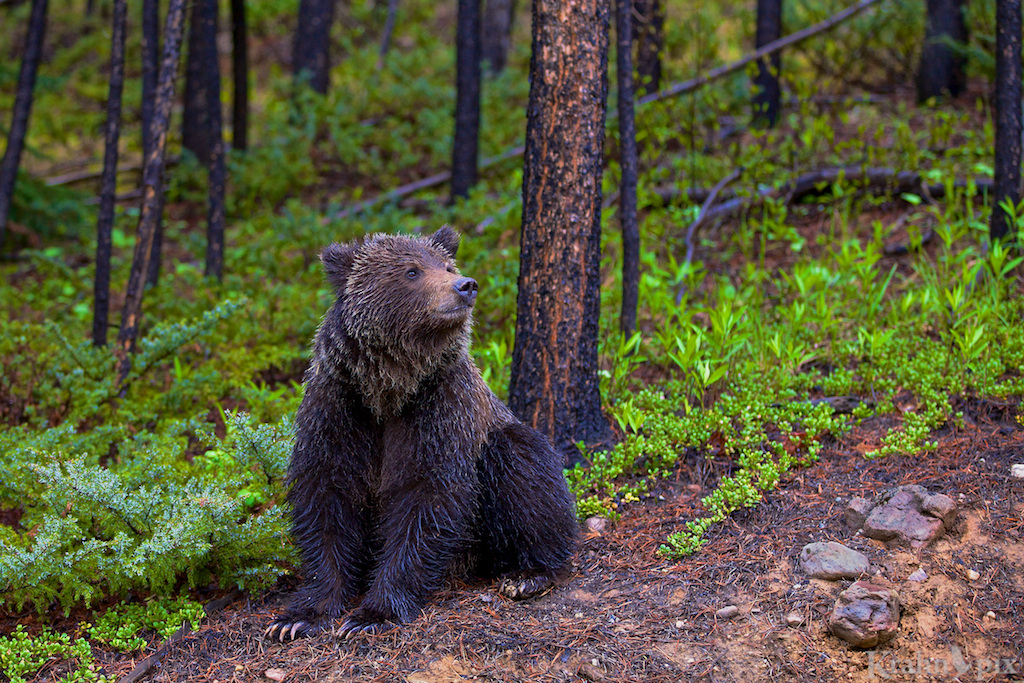 Taking a break after a long stretch of eating.
The fur is wet in these photos for good reason. 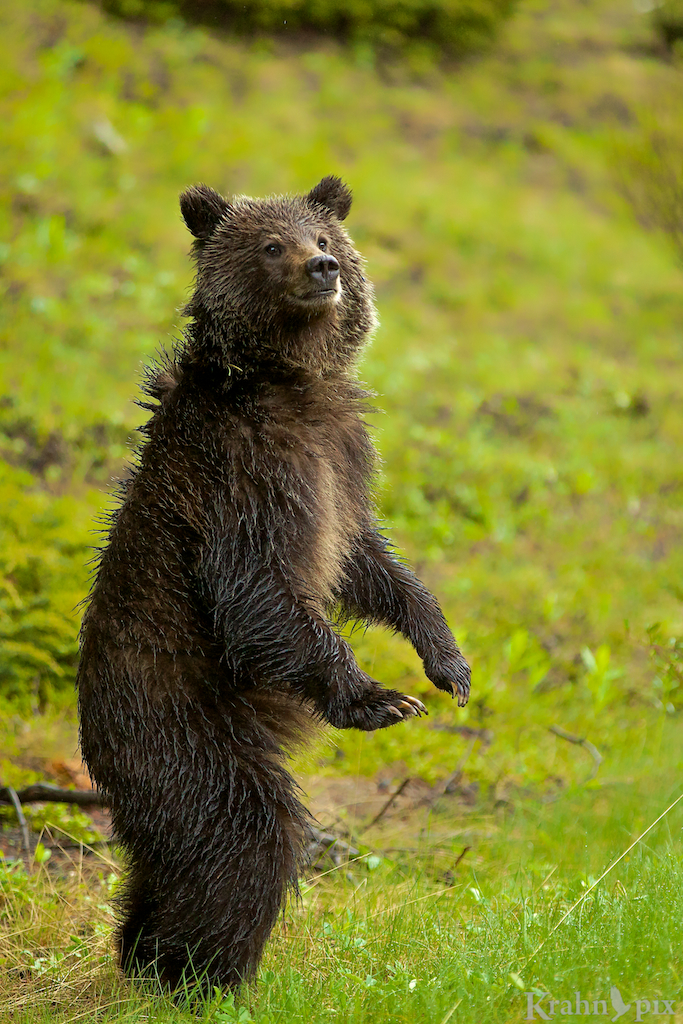 My favourite photo.
I couldn’t have asked for a better pose especially with the way he was holding his paws. 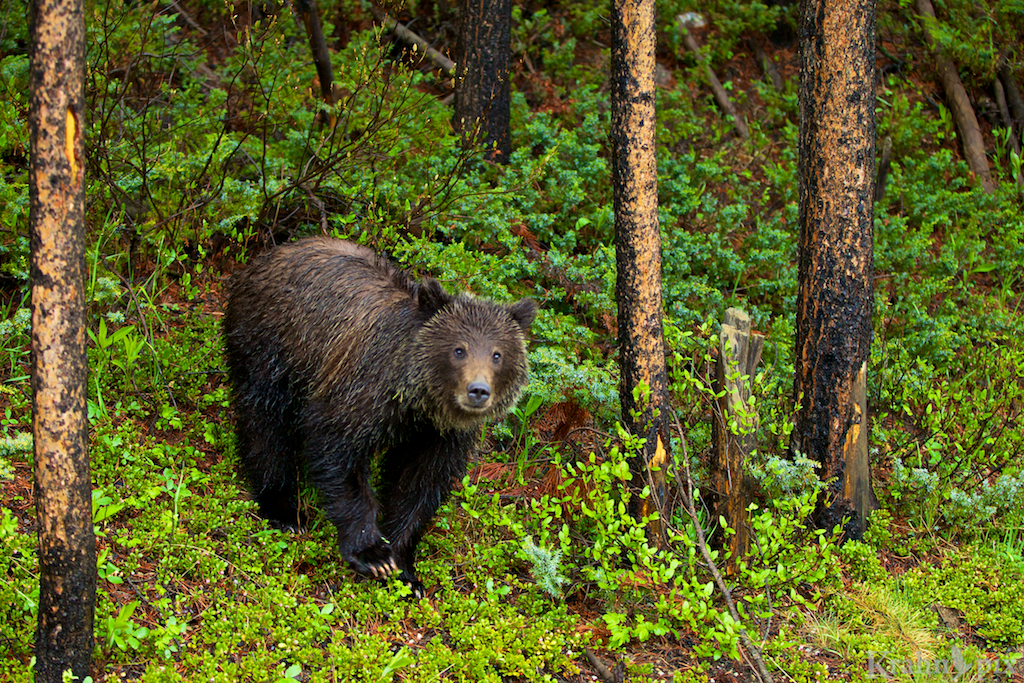 A sweet look as he comes out of the trees. 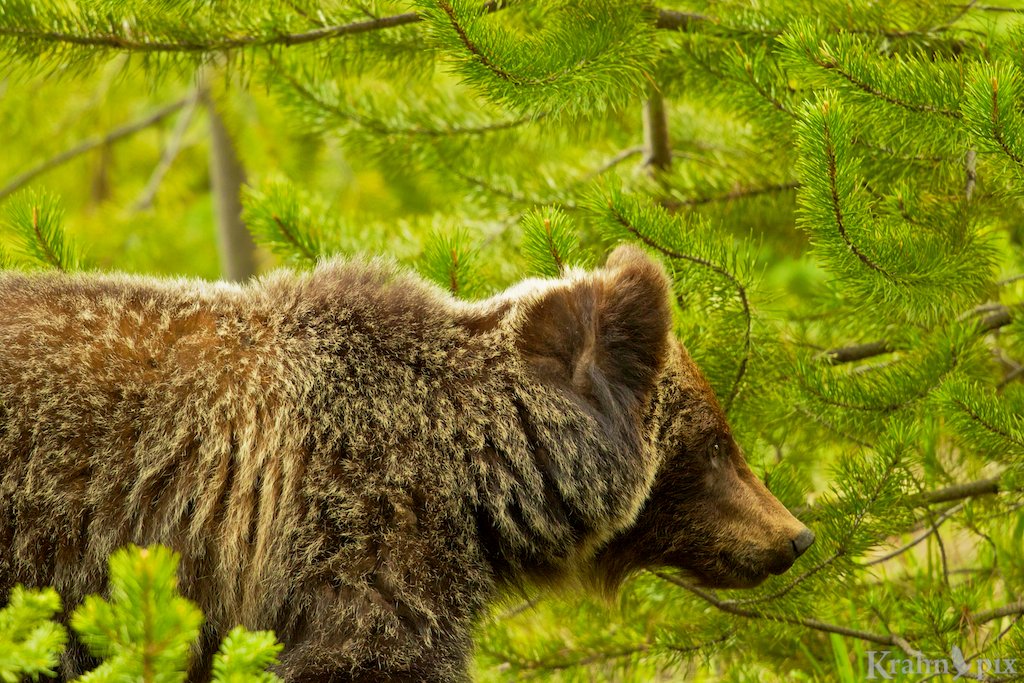 He looks much larger in this photo taken during the first sighting. Perhaps its the trademark grizzly outline in different light when the fur was dry.