It is entirely possible I may be the last prairie photographer to the party, but I may have discovered beauty in round bales.

I used to think these bales were, how do I say this politely, functional. After all, farmers have long used them as part of an efficient straw or hay handling system. While chasing wildlife, I learned that it was a handy place to look for hawks. Although the hawks and warm weather have moved off the fields, I leave it to farmers to explain why many bales are still in the fields.

It’s hard not to notice the bales in my travels around the countryside. What was once a golden camouflage, now stands in sharp contrast to sunlit snow. But take away the white lids and you’re still left with the same old bale.

Then one day the evening light caught the ordinary and made it appear … better. I began looking at them differently to recognize what had always been there. Now I see them as a prairie icon and keep finding snow-covered beauty in the fields. Who says you can’t teach an old dog new tricks? Move over classic grain elevator, I think the round bale is the new populist prairie icon … at least until the snow melts. 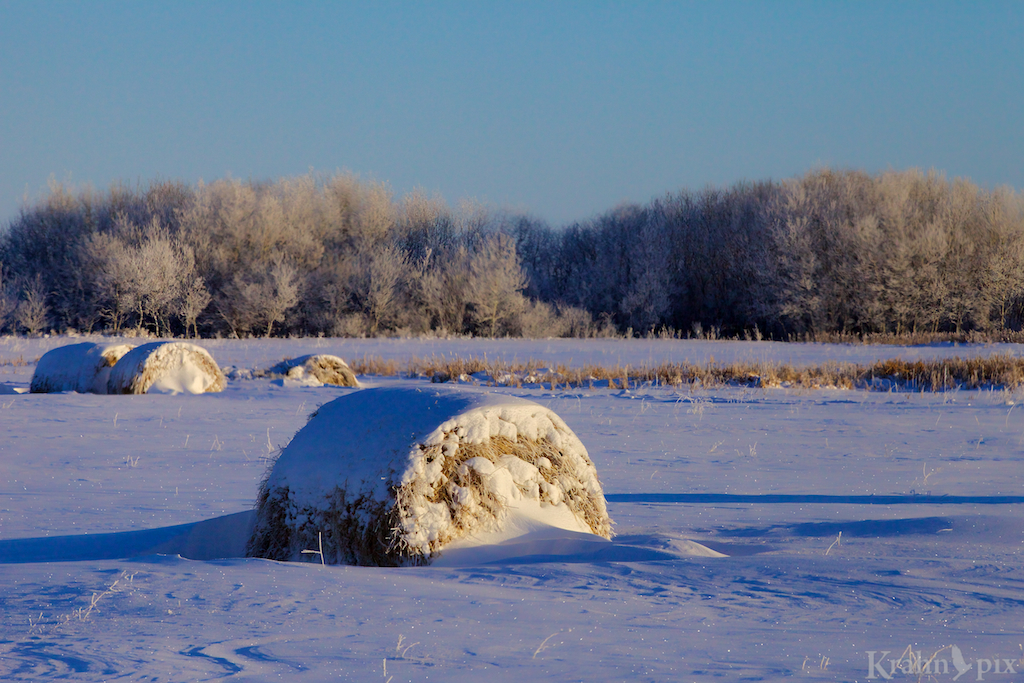 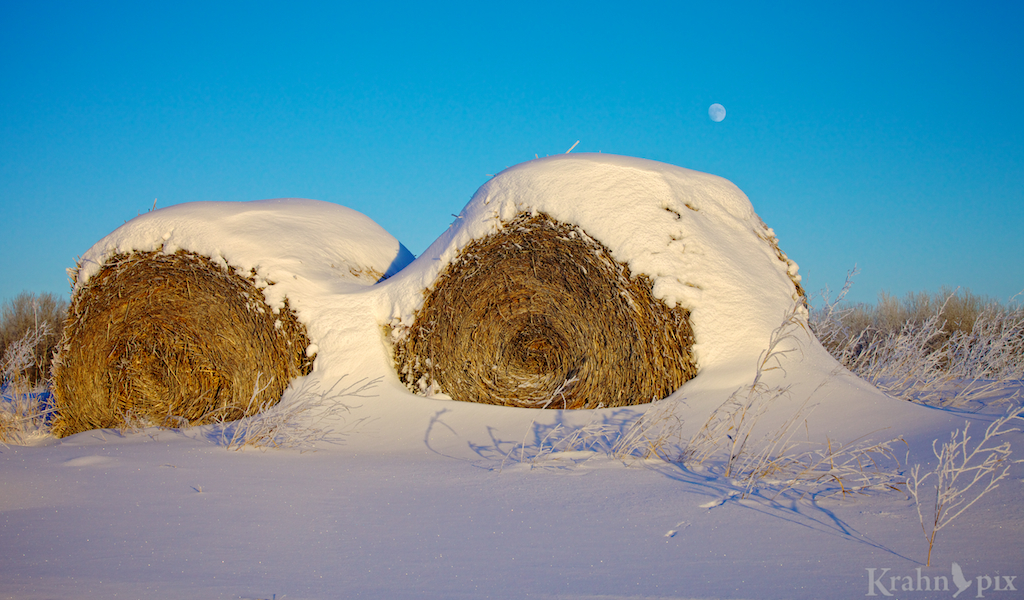